The brief was to explore the use of visual metaphors, how they have/are being used to communicate ideas visually, and how they might be used in our own work.

I took two approaches to my research.

The first was to photograph advertisements that used visual metaphors that I spotted on my commute into London.

The other thing I found interesting is that financial services is very heavily regulated and therefore risk averse in the way visual imagery and wording is used. I wonder whether the slightly ambiguous meaning of metaphors makes them a more creative way to work around the otherwise strict compliance rules.

My second approach to research was to use the internet where I followed the advice in the brief and looked at editorial imagery; particularly cartoons which use metaphor a lot to explain/have a satirical point of view related to current events.

Here are a selection (there were many others).

Louis Raemaekers’ To your health civilisation!

“To your health, civilization!” by Dutch cartoonist Louis Raemaekers (1869–1956). Raemaekers was an anti-German cartoonist during World War I, especially emphasizing the Rape of Belgium in his polemics. This cartoon also appeared in a later poster series under the title “A Toast to Kultur”.

James Gillray’s – The plumb-pudding in Danger

William Pitt, wearing a regimental uniform and hat, sitting at a table with Napoleon. They are each carving a large plum pudding on which is a map of the world. Pitt’s slice is considerably larger than Napoleon’s.

As the Brexit referendum climaxes, MPs from both sides of the House switch sides, including Tory MP Sarah Wollaston who defects to Remain.

The subject I selected from the pre-defined list in the brief was ‘Broken relationship’. 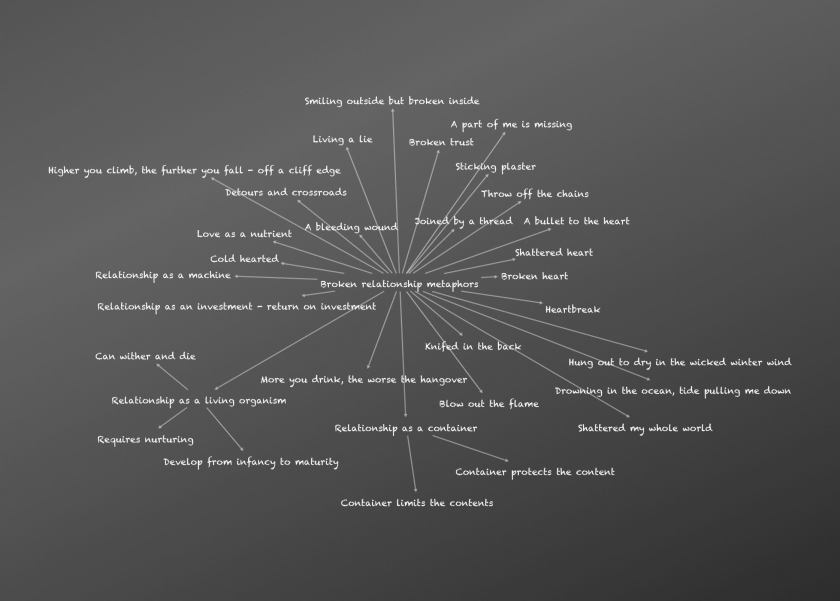 I then created as many of the images as possible within a fixed timescale.

What I would do differently/better