The brief was to research, develop and create a 360° drawing of a character.

I like the atmosphere of Leadenhall Market at lunchtime where a lot of city traders have a drink; it’s a good place to find larger than life characters. So I took out my iPhone during my lunch break to photograph some reference material.

My character development was done in a A3 sketchbook using pencil, ink pen and pen and ink. The character I decided to develop was based on one of the lunchtime drinkers I’d photographed in the market.

All the images below are 2 x A3-pages.

I took the front, side and back illustrations and coloured them in Photoshop to see how they worked.

It then occurred to me that I could organise them into a sequence to form a short narrative. 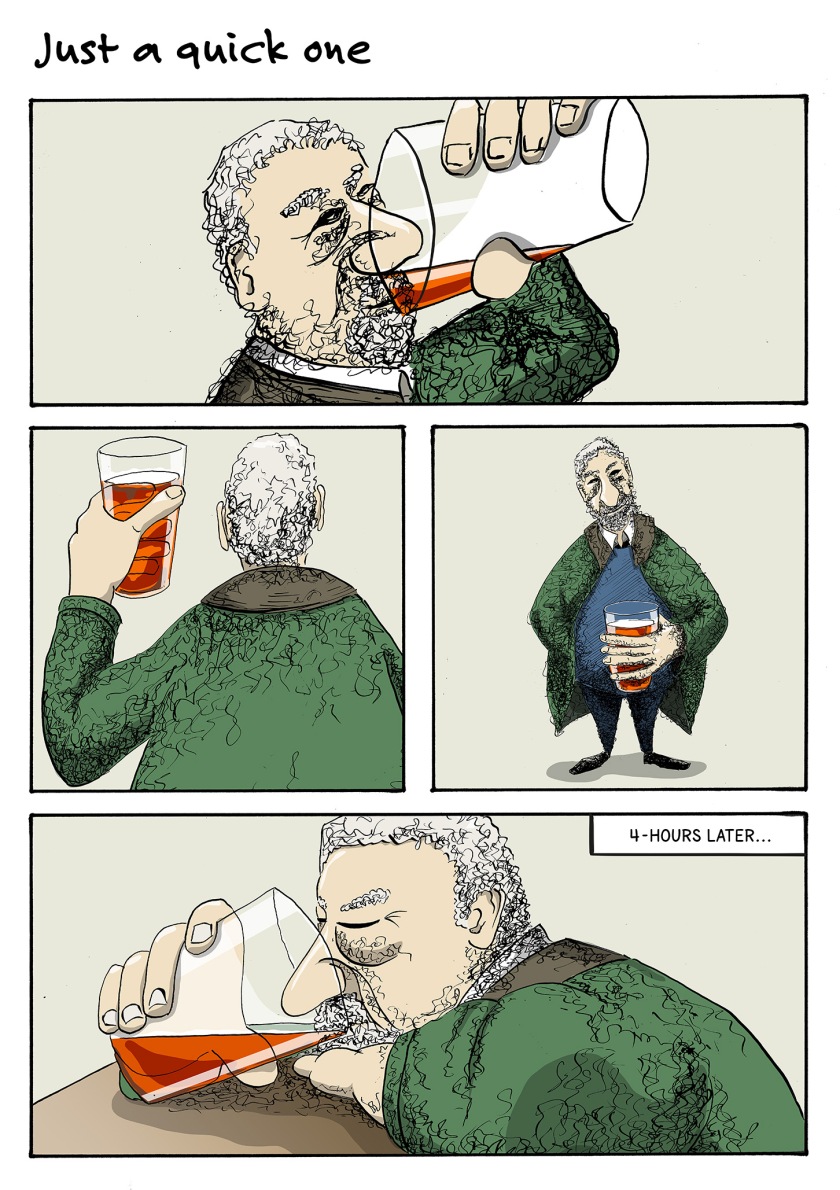 What I could have done differently/better